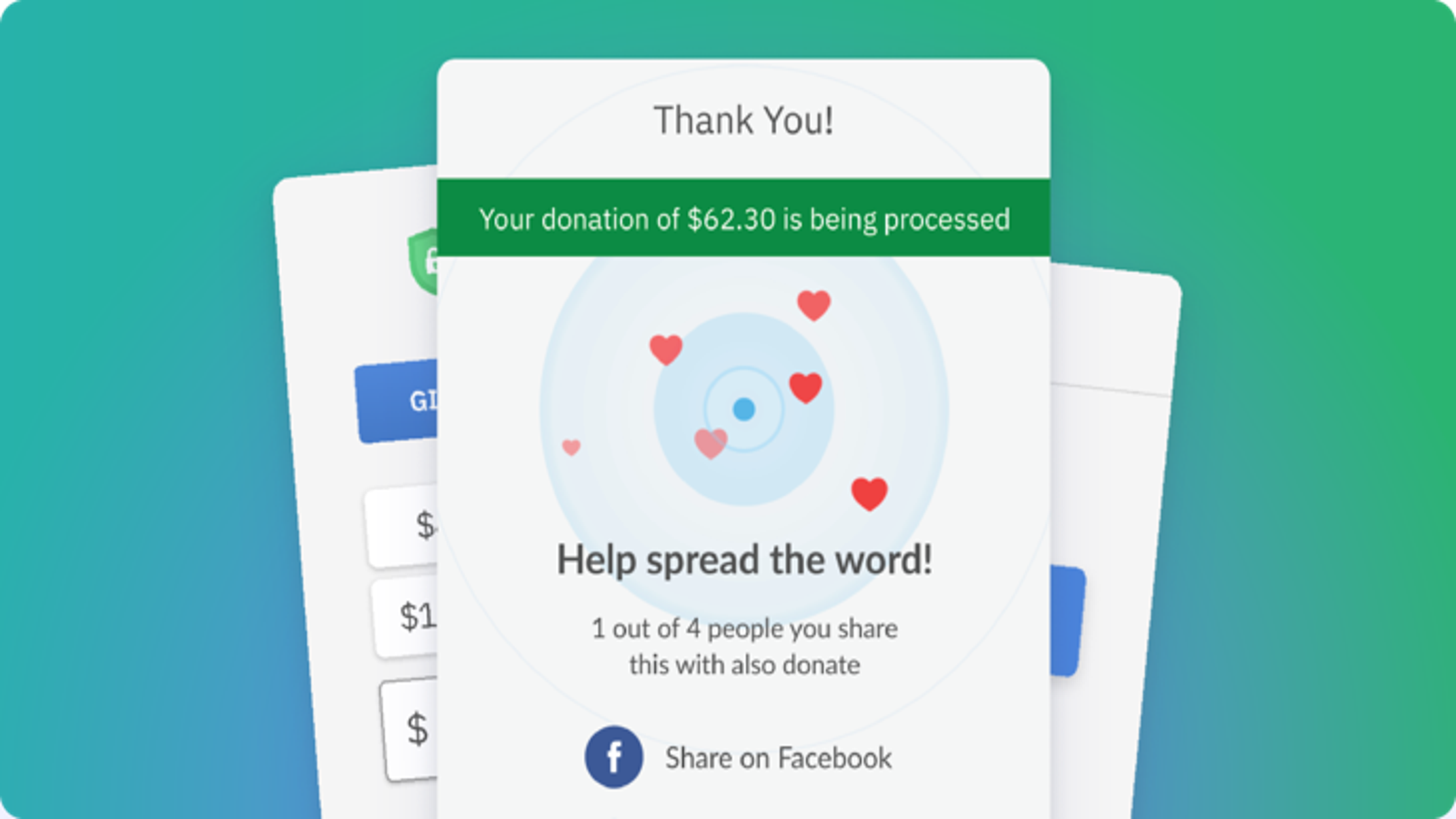 After a donor makes a donation using Fundraise Up, we show them the Thank You Screen, and with Thank You Screen, you have the opportunity to display a set of Facebook, Twitter, LinkedIn, and email sharing buttons.

Social sharing is great for building awareness about your cause, and it's perfect for letting your donors share with their networks that they showed support.

In fact, a 2014 study by Ogilvy and SurveyMonkey found that the number one reason people hit "share" is to promote a cause or issue, so it makes sense to include social sharing buttons as a post-donation call to action.

Who opts to share? Where do they share? To answer these questions, we ran a three-month test that looked at 62,000 donors who were shown Thank You Screen with social sharing buttons.

Facebook was the most popular network amongst donors, occupying 54% of social shares. Surprisingly, neither Twitter nor LinkedIn was in line right after Facebook. Instead, 30% of donors chose to share via email that they donated, with Twitter and LinkedIn capturing 10% and 5% respectively of social shares.

Our three-month test confirmed our understanding of the social sharing behavior of donors: that one out of every four donors opts to share on social media that they gave to a nonprofit — pretty neat!

Are you using social sharing buttons as a post-donation call to action? If not, now's a great time to roll them out on your donation form. And if haven't yet tried Fundraise Up, book a demo to see how social sharing, AI, machine learning, and more provide your donors with a better donation experience.

Research: Requiring a donor's mailing address cuts conversion by up to 18%